Burges was up on Parkland 33-27 and they are saying the lights on the visitors side won't turn on and that the Athletic Directors and Officials called the game a tie. WHAT???

Nonsense
Re: Burges vs Parkland WHAT?

The word is that Parkland head coach preferred to continue the game tomorrow Saturday but that Burges head coach wanted to continue playing. That they talked and talked and Burges for some reason accepted the offer of the game being a tie so that everyone can go home and that the game really did not matter when factoring playoff stuff

Qbert
Re: Burges vs Parkland WHAT?

BillyBob
Re: Burges vs Parkland WHAT?

Read that Burges head coach said that someday if that someday ever comes a decision by who knows what people with whatever interest they may have in what the final should actually be either a official tie, no contest or rightfully reward Burges the WIN since they were up 33-27 and can really use that WIN to boost confidence and so much more in their program which they really need.

TrooperX
Re: Burges vs Parkland WHAT?

Either way Parkland hype exposed! People were talking them up as a #1 contender and they are not even top 10.......

QUAKER
Re: Burges vs Parkland WHAT?
TrooperX
Either way Parkland hype exposed! People were talking them up as a #1 contender and they are not even top 10.......
BHS was dominating the LOS and totally shut Hankins down. They earned a win but a pseudo tie. I do understand not wanting to come back today for 10:27 and the game meaning nothing, playoff implications wise. Tough decision but definitely wouldn't have settled for a tie.
FalconFeather
Re: Burges vs Parkland WHAT?

Very Very Surprising Game. Certainly not a performance to be expected from a team that many touted as EP best chances to advance the farthest in the play-offs. Where is the Beast from the NE?

TRUEALPHA
Re: Burges vs Parkland WHAT?

Burgess is ok with a tie cause mentally they won and psychologically Parkland loss. :joy:

cena
Re: Burges vs Parkland WHAT?

Parkland's skilled players were completely better than Burges across the board. If you happened to be at the game, it was pretty obvious. Parkland even returned a 99 yard kickoff, followed by a cocky celebration a yard before scoring and fumbling the ball for a touch back. Parkland consistently drove the ball with ease on Burges and Burges made their freakishly good big plays. THIS IS NOT TAKING AWAY ANYTHING FROM BURGES...

As I continue, the media hyped Parkland SOLELY on the athletic level of 2 or 3 players--which happen to be at skilled positions. Parkland is extremely undersized in their linemen and linebacking units. They were getting absolutely dominated. They are lucky they do those 2 second quick-passes because even doing those that kid got hit 3 out of every 4 plays. It's going to be a long year for Parkland if they can't correct the mistakes of their linemen and backers; then again, can you correct a team getting pushed around all game. Deion Hankins did not have a big game but for once in my judging experience I blame it all on his line. Can't have 3 guys on the running back right when he touches the ball.

Rudy
Re: Burges vs Parkland WHAT?

This message goes to every El Paso team. So when your team is down in the 4th quarter all you have to do to prevent from losing is flick the switch and it will be called a tie. Burges worked hard in the offseason to win games and this is how they are treated and rewarded?

Sheesh I thought this was varsity football not youth football where everyone wins, gets a trophy and goes to DisneyWorld.

FalconFeather
Re: Burges vs Parkland WHAT?

Totally agree with cena above. Just totally surprised that everyone from the media to fans rode the Park to such high esteem when anyone with an ounce of knowledge realizes it takes a complete team effort. Hopefully they can right the ship.

Mongo
Re: Burges vs Parkland WHAT?
Qbert
Something smells fishy

I also smell something rotten 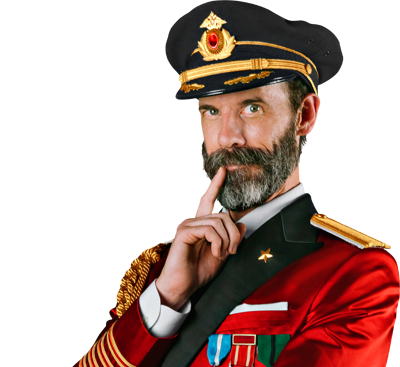 CaptainObivous
Re: Burges vs Parkland WHAT?

It's obvious that Burges won up 33-27 in the 4th quarter and at their own home turf. They whomever they are probably called it a game as it was obvious Burges was gaining momentum and it would have gotten ugly and with Fox Sports covering it all. Highly ranked Parkland by lots of sources and with 2 highly decorated prospects and the team who went to the third round of the playoffs last season yes it's all obvious

EPtoPhilly
Re: Burges vs Parkland WHAT?

All this shows is just how great of a quarterback AJ Briggs was at Parkland.

eplion
Re: Burges vs Parkland WHAT?

So, you are saying that folks at Burges turned off the lights on purpose for Parkland? Simple answer: it was a non-district game, things happen, and they decided to call the game. I hope Burges gets their lights fixed, it is a crappy way to end the game. Here are my thoughts on the game: I came to the game a bit late, toward the end of second quarter so I didn't see the early scores. Both teams will do well this year, first game they had some problems but both have potential. Burges has a big line on both sides of the ball and their defense limited Parkland to 20 points (7 points came from kick off return, so I don't credit offense for 7 points). The kicker has a good foot and the fake punt worked well.They had several face mask calls that helped Parkland's offense. Parkland made some big plays and they have good ball players, need some work in a few areas, but receivers and running back are great. Kick off return is good. Parkland moved the ball during the game but they are their worst enemy. On one drive they had three straight penalties (I believe two were illegal procedures) and same happened on another drive in the fourth quarter. Parkland had a few fumbles. Their defense changed a few things in the second half and stopped inside runs. They fell asleep on fake punt and defensive penalty led to a touchdown for Burges at the end of the first half. Good luck to both teams, they will both have a good season and may see each other in a play-off game, I hope the lights don't go off again.